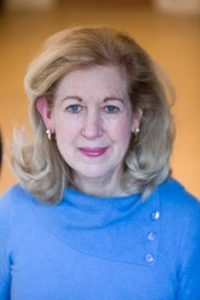 Janet Munro-Nelson is an American who has lived in Europe for over twenty years. She first qualified as a psychologist before becoming a lawyer. She has attended law schools in the United States and in London, England. Ms Munro-Nelson’s interests include international issues and the environment. Her work currently covers human rights concerns including the detainees held in the U.S. prison at Guantanamo Bay, humanitarian law topics, and projects involving Tibetans living in exile.

Ms Munro-Nelson has a Bachelor of Arts degree from Macalester College in St. Paul, Minnesota, USA, with a psychology major and European history minor. She received a Master of Science degree in psychology from the University of Wisconsin with further post-graduate coursework at the University of Minnesota. Her legal training consists of a Juris Doctor in law from the William Mitchell College of Law in St. Paul and a Master of Laws in international law from King’s College, London. Ms Munro-Nelson also received a certification from the School of Oriental and African Studies (SOAS) in London for a one-year post-graduate course in human rights law.

Ms Munro-Nelson has successfully participated in several one-week intensive courses on alternative dispute resolution including one on mediation and one on the negotiation of armed conflict. In 2002, Ms Munro-Nelson was accepted for the 2nd Summer Course on International Humanitarian Law, a two-week seminar in humanitarian law at the International Institute of Humanitarian Law (IIHL) in San Remo, Italy. Ms Munro-Nelson completed a second two-week intensive course on humanitarian law at the IIHL called, ”12th Specialised Course on the Law of Armed Conflict”, in October 2008. In September 2010, Ms Munro-Nelson attended a one-week course at the TMC Asser Institute in The Hague, The Netherlands called, “Disarmament and Non-Proliferation of Weapons of Mass Destruction”.

Ms Munro-Nelson worked on several international projects involving both human rights and humanitarian law. Since January 2002 when the United States opened a prison at Guantanamo Bay, Cuba, she has spoken out against the breach of law by the U.S. Bush administration in its handling of detainees incarcerated there. In 2004, shortly before the U.S. Supreme Court heard the first case brought by one of the prisoners at Guantanamo Bay, Ms Munro-Nelson organised a specific day for all the major human rights organisations around the world to protest the human rights abuses occurring at Guantanamo Bay. For this project, she worked under the title of, “Lawyers Concerned for the Rule of Law”.

Some six months later, she worked with Professor Michael Schmitt researching and drafting the international law defense arguments for Mr. David Hicks, a prisoner at Guantanamo Bay. Mr. Hicks was the first Guantanamo prisoner to be tried by the new U.S. military tribunals in March 2007.

Ms Munro-Nelson worked several years for Article 19, a NGO which defends and promotes freedom of expression and freedom of information. She worked on projects such as freedom of speech in the media, regulation of the internet, hate speech, and drafting constitutions for former Soviet-Bloc countries. She was also responsible for summarizing all human rights cases worldwide from 1993 to 2000 which denied individuals their freedom of expression. Many of these cases involved torture.

Since December 2009, Ms Munro-Nelson has represented an American NGO, The Advocates for Human Rights, at different meetings at the United Nations in Geneva, Switzerland. She has attended meetings of the Chairpersons of Human Rights Treaty Bodies and Universal Periodic Reviews of countries by the Human Rights Council.

Ms Munro-Nelson is a member of the International Institute of Humanitarian Law in Sanremo, Italy. She considers herself an activist with memberships in Amnesty International-Lawyers Section, Human Rights First, the American Civil Liberties Union, the environmental organisation: Re-power, the Natural Resource Defense Council, Physicians for Human Rights, and locally, The Highgate Society.

ABOUT THE NAME: THE BEACON

This name sprang up from the human rights work I did at Article 19, a human rights organisation, in the late 1990’s. While summarizing human rights cases involving the use of torture, I became aware of the major role the United States played for people living in countries where torture was used or condoned by the government. At that time, the United States was considered to be one of the strong lights of conscience in the world. It did not use torture and it consistently spoke out against its use. I began writing an article on the legality of torture after learning that the U.S. government, led by President George W. Bush, was turning to methods of interrogation which included torture and other abusive treatment with individuals being detained in places like Afghanistan, Guantanamo Bay, Cuba and Bagdad, Iraq. The first few drafts of my torture paper began with the paragraph, “A great light in the world has gone out. Some people never knew of this light. They may not even notice its absence. But for others, this light was a beacon. This beacon was the light of a powerful nation that believed in humanity, in dignity, and in the rule of law. Now this light has gone out.” At the recommendation of several reviewers, including one who said it was “too Kumbayaish”, I deleted this paragraph from my paper. I use the image of the beacon of light here in hopes that it will enlighten both the subject matter and the reader.

The View From Here

Several days ago I returned from a trip to Shanghai, China. While I was there, the breaking news was that an American ship, initially reported as an aircraft carrier, was sailing within 12 nautical miles of the Subi Reef, a reef in the Spratly Archipelago in the South China Sea which is close to the Philippines. The action of the United States was reported as “threatening the sovereignty and safety of China and its people.” Not being able to speak or understand Mandarin, I watched the English news channel, CNN. The strong Chinese rhetoric about the United States’ aggression against China was repeated every day I was there. The newscasters always made mention of the U.S. government’s position that under international law it had a right to sail in the South China Sea waters. What the international law was or how it was applied was never discussed by the Chinese commentators.

Some days there were interviews with different individuals from other countries including Russia and Iran who denounced the actions and continued presence of the U.S. naval ship. The deputy editor of China Daily USA, Chen Weihua, wrote that the actions by the U.S. were not just bullying but also ill-advised. He wrote that such actions were “only propelling China to speed up its military modernization so it can’t be coerced by others militarily.” His view was, “Washington has been skillful in using international law as a pretext because it only applies the law to others, not itself.” After several days, I found myself wondering why the United States decided to sail a warship so close to the China coast. What business did it have there? What was the U.S. government thinking of?

During my last day in Shanghai, the specific facts of the situation became clear when I tracked down a Western newspaper, the International New York Times. I finally realized that there was a conflict between China and other Asian countries as to who had the right to own and/or control certain parts of the South China Sea. Over the past decade, China has been creatively building a number of artificial islands over different reefs and other protruding rocks. Some of the artificial islands have military capabilities. It is over these artificial land masses that China has laid claim of certain rights such as fishing, trade, oil and gas rights within the 12-mile territorial zone surrounding each island. This is contrary to the U.N. Convention on the Law of the Sea where it specifically states that any reef or other rock protuberance that is invisible except at low tide is not entitled to a 12-mile territorial zone. China has signed this treaty, agreeing to follow its international regulations.

According to the International New York Times, China currently asserts sovereignty over 90% of the South China Sea through its use of artificial islands and other means. It is in response to the Chinese warnings over the past several years made to planes and ships not to enter the Chinese security areas that the U.S. government came up with the plan to sail one of its ships in what it considers to be international waters. The action by the United States is the strongest indication to date that it will not allow China to assert any territorial ownership or rights where these do not exist.

Last Friday, 30th October 2015, the International Court of Arbitration in The Hague published its decision that it had jurisdiction over a case brought by the Philippines against China disputing Chinese ownership and control of the South China Sea. The Court of Arbitration rejected the Chinese government’s claims that the disputes in the South China Sea were about China’s territorial sovereignty based on indisputable historical rights. After a confrontation with the Filipino Navy in 2012, China erected a barrier across the entrance of the Scarborough Shoal thus taking control of the rich fishing area lying within the Philippines’ exclusive economic zone. Under the Convention of the Law of the Sea, article 56 defines this zone as where the coastal state has sovereign rights for the purpose of inter alia exploring and exploiting, conserving and managing the natural resources of the waters superadjacent to the seabed up to 200 nautical miles from the coastal boundary. It is hoped that the Arbitration Court can finally address what has been happening in the South China Sea and come up with a viable solution which is fair to all the affected Asian countries.